In this picture blog, reposted from the SHLC website, Dr Arvind Pandey explores living conditions, from housing to craft culture, in Madurai city, India. His explorations paint a vivid picture of the beautiful city alongside some of its pressing urban challenges. All pictures by Dr Arvind Pandey, National Institute of Urban Affairs. All views are the author’s own and not attributed to SHLC. 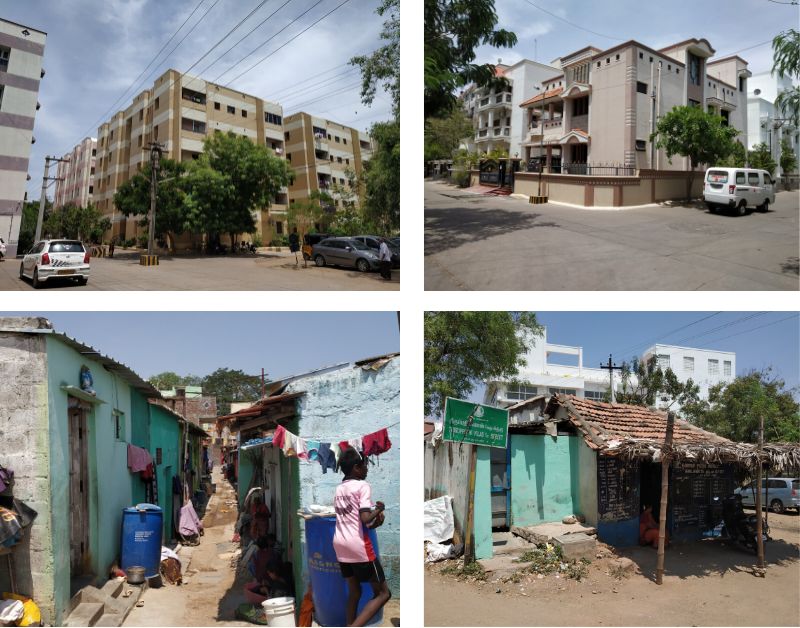 Housing in Madurai, India. Credit: Arvind Pandey, NIUA
Living circumstances can vary greatly in Madurai. Agrani (top two pictures) is a planned gated colony in Madurai, which has a very clean and green environment. Unfortunately, only the rich and affluent class of the Indian cities can afford to live in neighbourhoods like this. Agrani gated colony has a planned layout divided in six sectors, comprising the apartments with one to three bedrooms, a hall, kitchen, bathroom and store room. There are also individual bungalows in this colony with four to six bedrooms, halls, kitchen, bathroom, and storeroom.  The apartments are home to the upper middle-class and the rich affluent class live in individual bungalows.
A total contrast scenario is found in Arualdaspuram, a slum located on the bank of Vagai River in Madurai (bottom two pictures). The poor section of urban society live in this slum in temporary houses without any tenure security, and proper basic amenities. The slum dwellers live in constant fear of eviction and relocation to the periphery of the city.  In the last decade, the eviction and resettlement of slum dwellers to the periphery of the city is common phenomenon in most of the Indian cities. 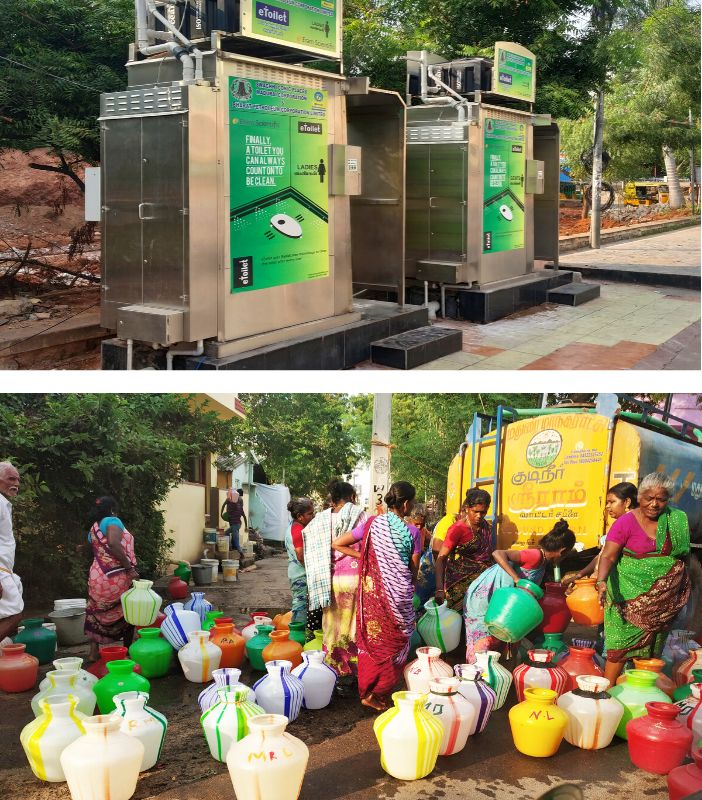 Madurai city had several water ponds and lakes during the late 20th century and water supply did not use to be an issue for the city. But today, unfortunately, due to a failure of urban planning, Indian cities are facing a huge shortage of drinking water. Suburban areas of Madurai city are facing acute shortages due to city officials giving more importance to urban development over conservation of natural resources. But the city is trying to improve the health and hygiene situation, for example by installing eToilets under the Smart City Mission. 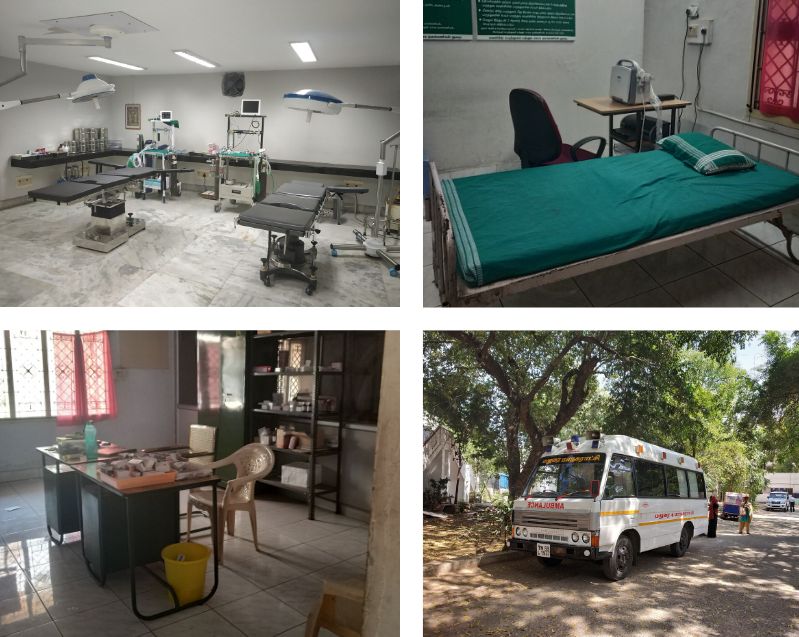 There are more than 30 urban primary health centres (U-PHC) in Madurai, which provide health care facilities to the neighbourhoods. These health centres are equipped with modern diagnostic facilities, and patients receive free treatment, check-ups and medicines. These UPHCs provide a 24*7 service, and play a significant role in improving the health status of the residents in Madurai city. However, the lack of adequate human resource is one of the major challenges faced by U-PHC in the city. 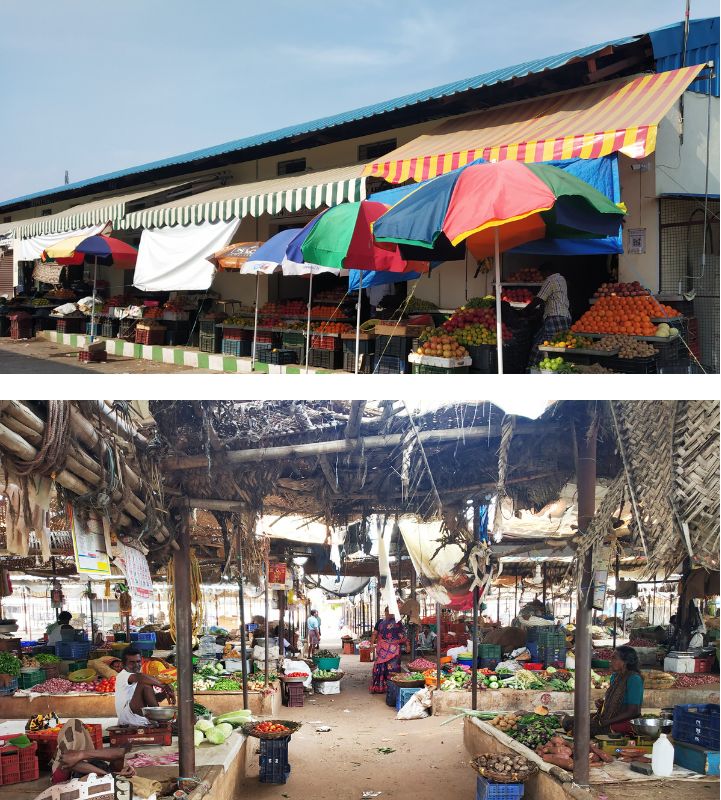 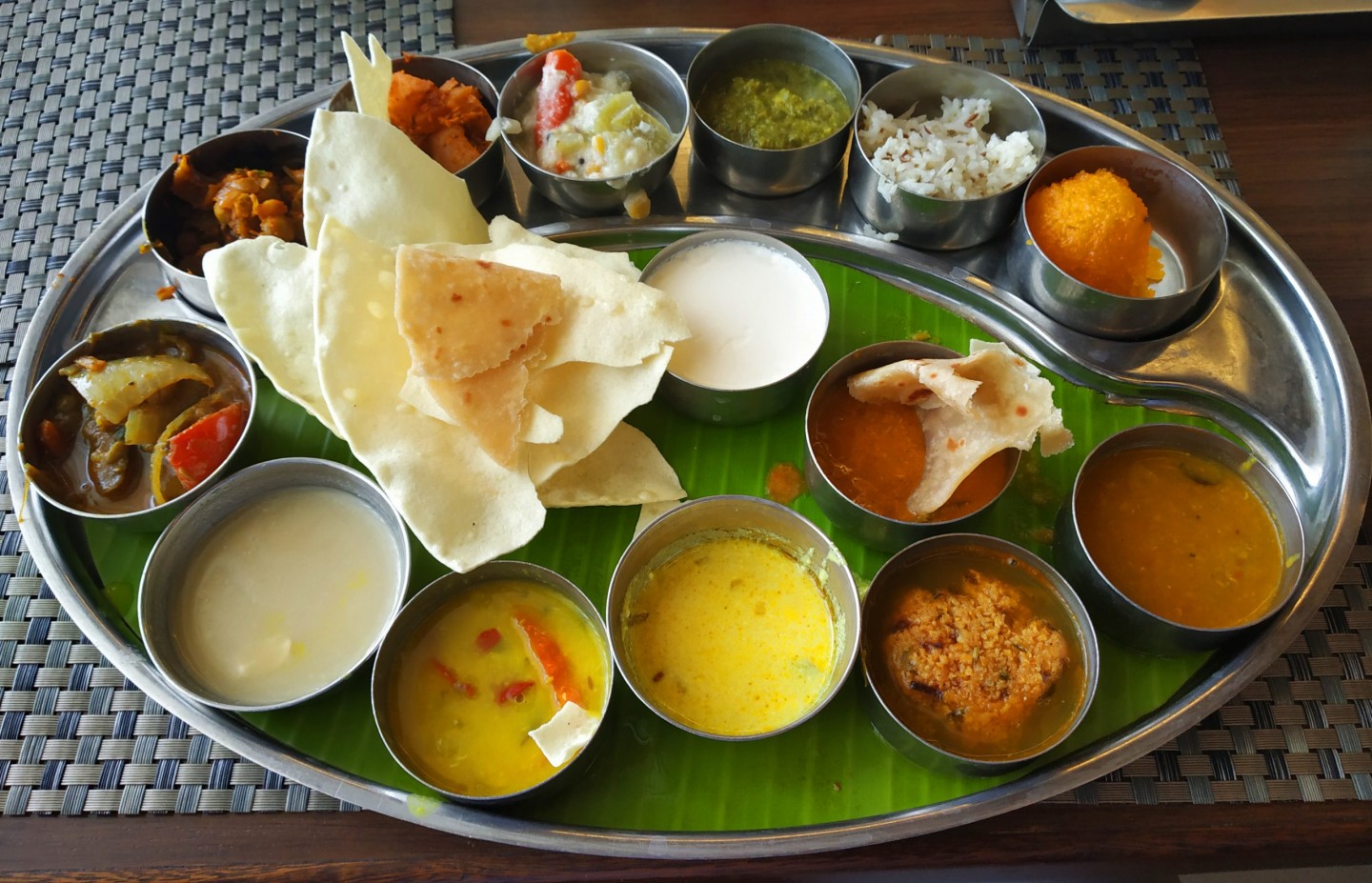 Indian cities are famous for their tasty food, which are made locally and have distinct and unique taste. The South Indian Thali contains several types of vegetables, sweets and curries along with steamed rice. All these items are served on banana leaves. 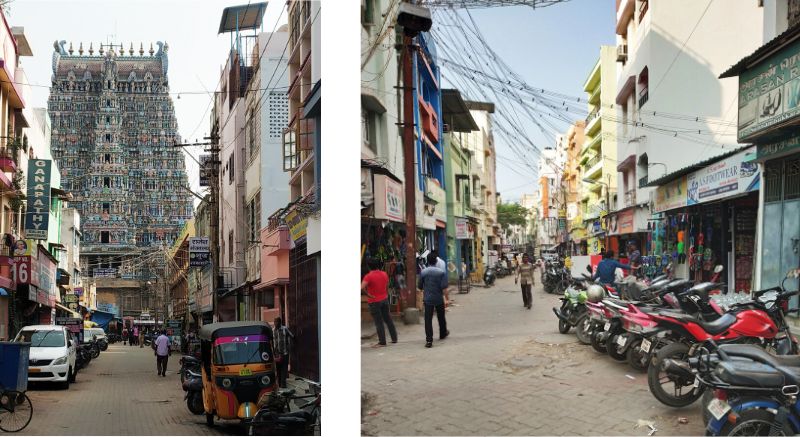 At the core of Madurai city is the Meeanakshi Amman Temple. In the streets surrounding the temple is Agraharam. This land was given by the King to the priest community for religious purposes. Nowadays, this neighbourhood is a hub of small business activities. 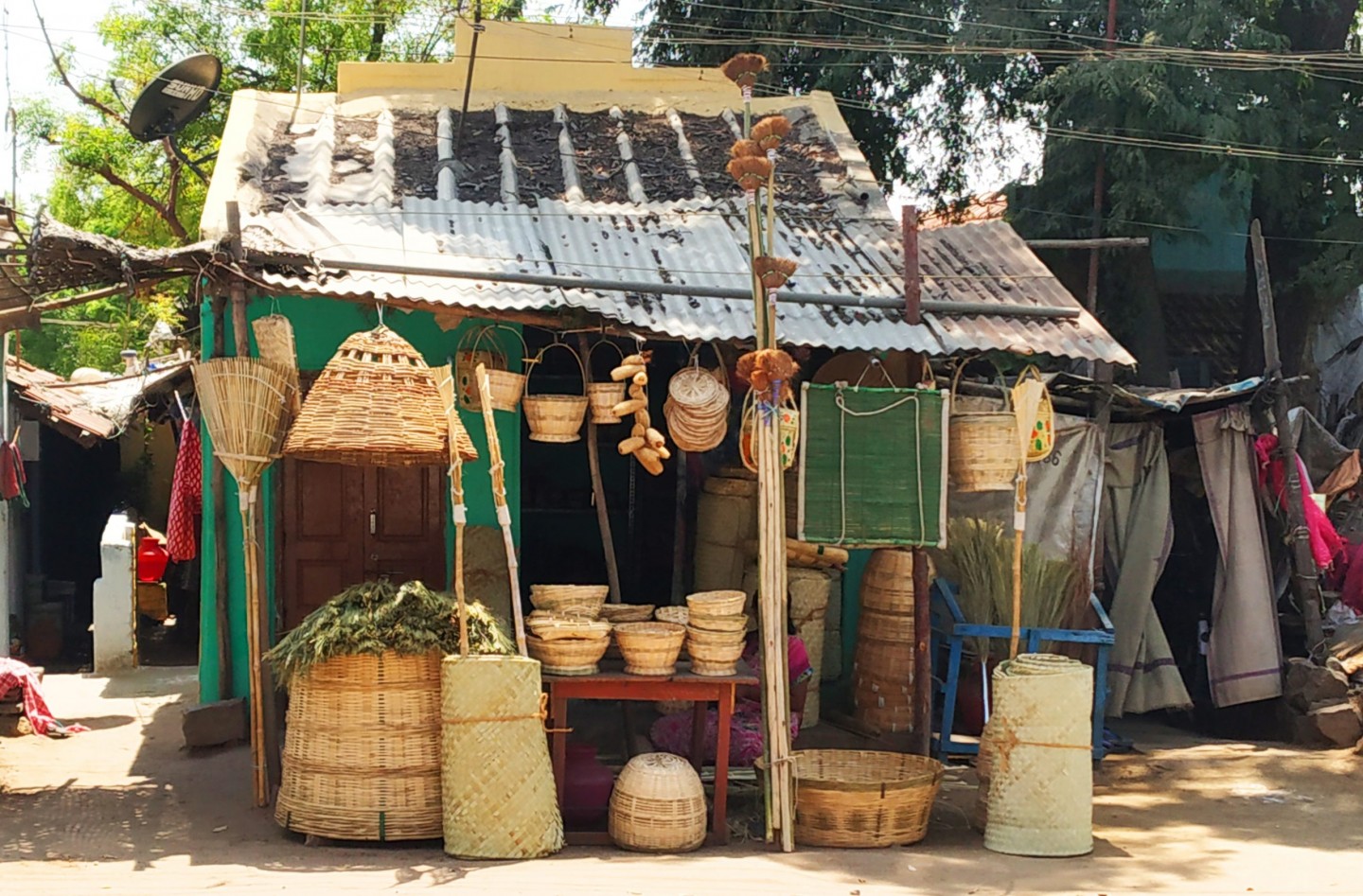 This local craft shop in Arualdaspuram upholds important traditional heritage. In the era of globalisation, cities need to preserve these crafts, and promote the artisans who have preserved these crafts for centuries. There are few shops left in Madurai which remember these invaluable handmade products.